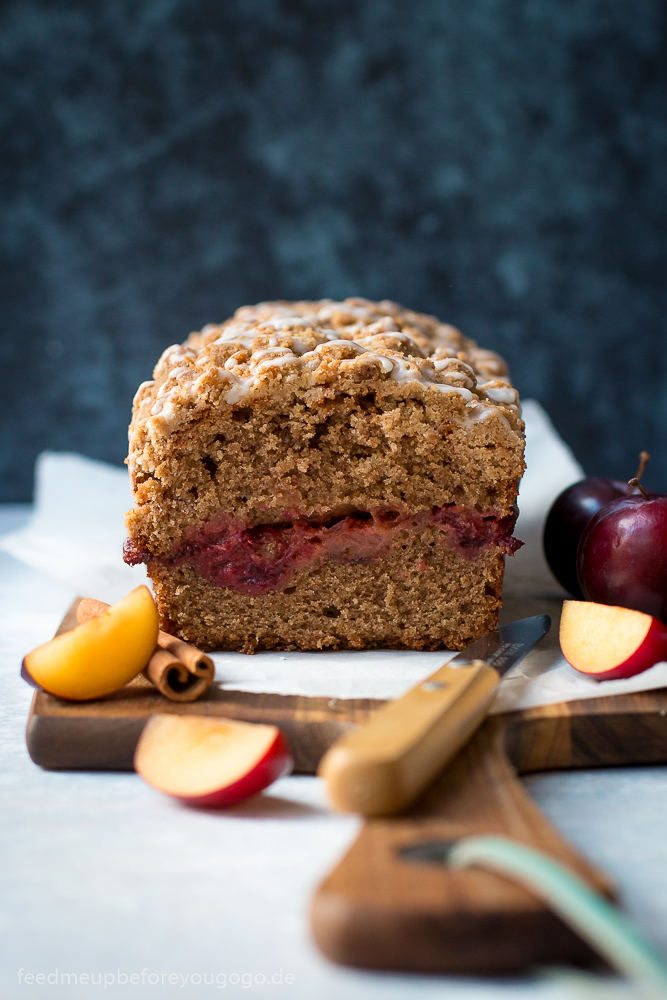 This flavorful plum cake not only scores with oven-roasted fruit, but also with crunchy cinnamon crumble. A real autumn cake.

This Spice plum cake with cinnamon crumble comes with a considerable delay. On the one hand, we started the plum season far too late this year, and on the other hand, the cake recipe was actually supposed to appear last year. For the first point, we can talk ourselves out with the Norway vacation, after which we only once from Yeast Pastry Overkill had to recover. The second point can be explained as follows: Last autumn we tried a very similar plum cake, but somehow everything about it was too much: too much meringue, too sweet, too complex. But what blew our minds were the oven-cooked prunes.

Fast forward to the fall of 2022, as we reminisce about that baking accident and the sweet and sour taste of oven-roasted plums. Luckily, digital archaeological excavations unearthed some rudimentary recipe records and we decided to use them to create a moist plum cake with sprinkles. Plum wedges snuggle up next to ginger and cinnamon in the casserole dish and transform into a fragrant, soft, slightly sticky oven compote. We don’t skimp on spices with the dough and crumbles either, and the result is an unusual and at the same time uncomplicated sponge cake that goes perfectly with autumn, when rainy days alternate with the last warm weekends. Ingredients for the spice plums

Ingredients for the cinnamon crumble

Ingredients for the glaze 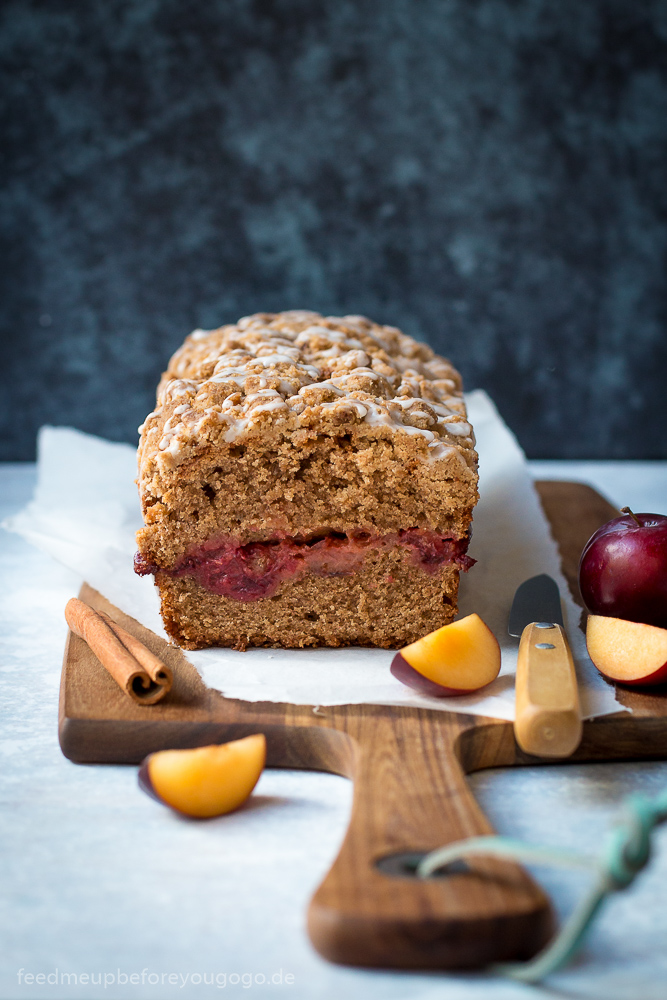