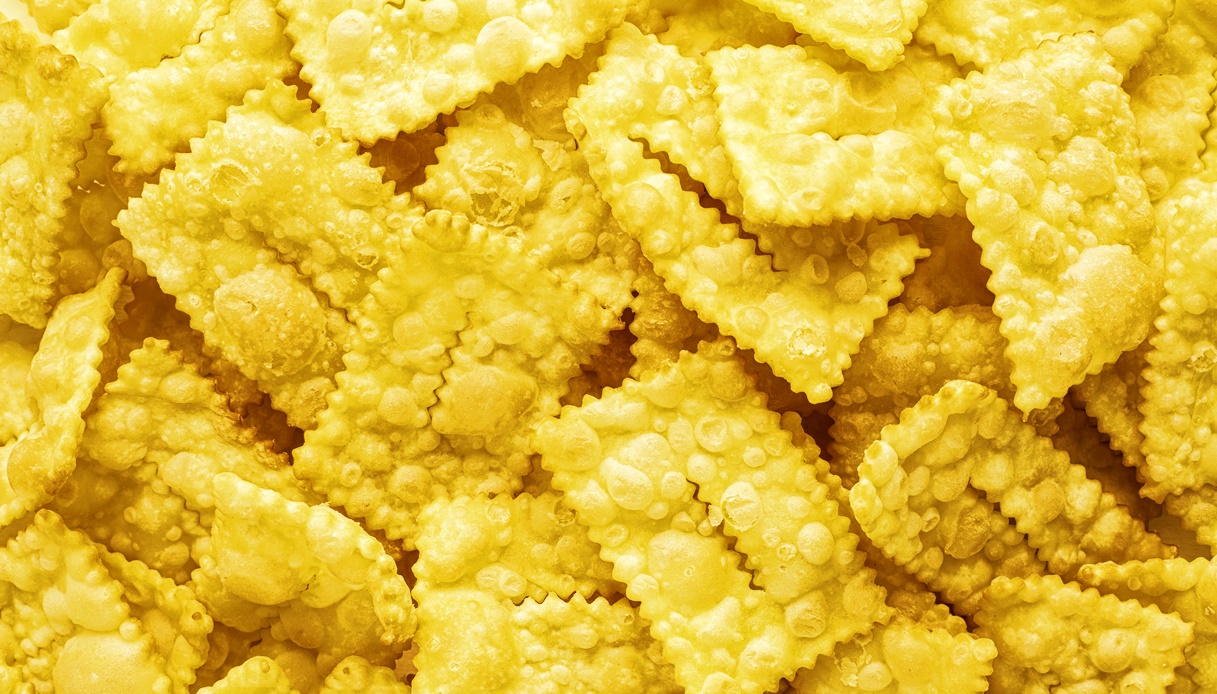 The biggest mistake you can make when it comes to Carnival sweets is to confuse the Chatter with the braces or with i tortelli. But you certainly can not blame those who confuse Carnival talk, cracks and lies. What is more commonly called chatter, they count over 30 different names scattered throughout the peninsula including the islands.

I sweets to eat at Carnival are very many, after all this is also considered a children’s day, but it is certainly the gossip (or the frappe or the lies and so on and so forth) that stand out on the podium of most popular sweets. Someone also prepares them in light version cooking them in the oven, but the Carnival cooking technique it is undoubtedly there frying.

History and origins of chatter

It was February (although some studies claim it was December, but there is no confirmation) when Saturnalia was celebrated in Ancient Romelisten popular festivals which boasted banquets full of every delicacy. Precisely on these occasions the frictiliadesserts based on spelled flour, eggs, animal fat and honey. These sweets were simple and cheap and indeed they came distributed to the entire population. This recipe, obviously modified over time, has gone through entire eras and has come down to us. But why are they called chatter? The origin of this name is perhaps rooted in a historical anecdote. It seems that one day in the city ​​of Naples the Queen Margherita of Savoy she dwelt into a very long conversation at the end of which she was seized with pangs of hunger and ordered the court cook to quickly prepare a dessert for her. Raffaele Espositothis is apparently the name of the chef, proposed the Chatter which have been called that since that day.

Country that you go, name of talk that you find, it is certainly not a popular saying but the reality is very close to this that seems only a pun. More than of differences between gossip, frappe and lies it is more appropriate to talk about variations of this dessert. The dough at the base and the cooking technique are almost identical (or in any case very similar) but often the difference is precisely due to a small addition or, in some cases, only due to a dialectical vice.

Italian geography of chiacchiere (or frappe or lies…)

Flour, butter, eggs, sugar, liqueur and of course oil: these are the basic ingredients of chiacchiere. The liquor used varies from region to region (often also from province to province), limoncello, marsala e anise to the south; white wine and Rosolio between Verona and Venice; grappa in the rest of the Veneto; vin santo in Tuscany; alchermes in Perugia and so on throughout Italy. Here’s one map of names and variants of chatter: