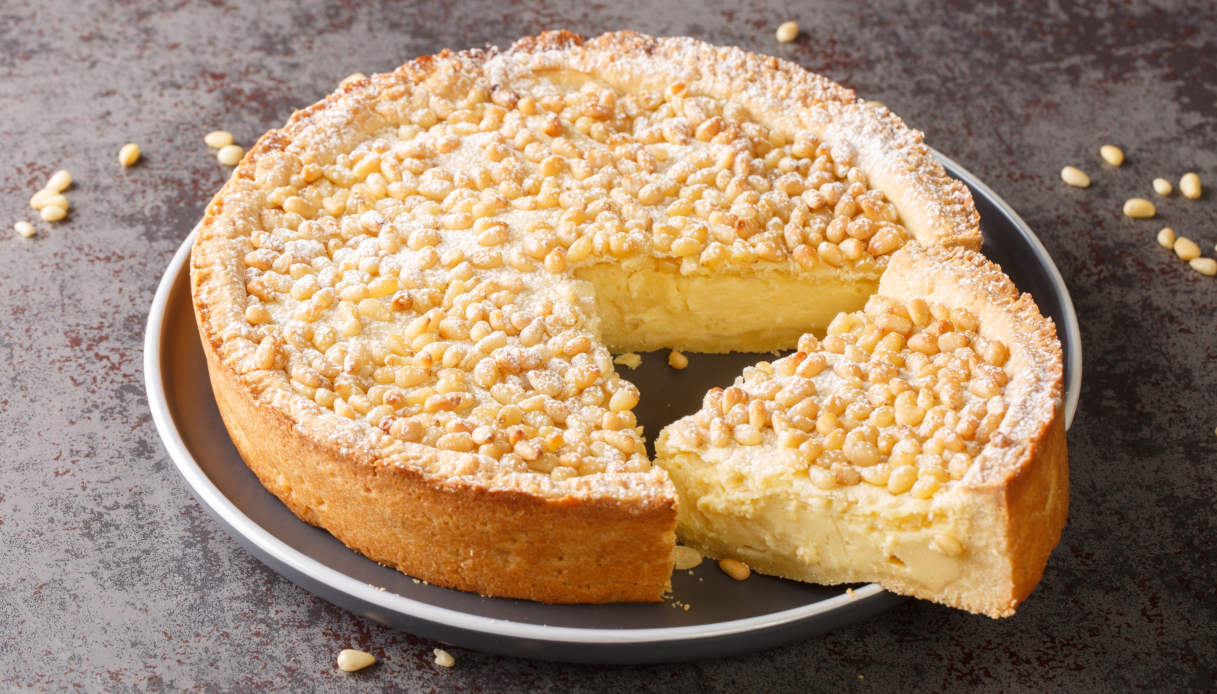 The Grandmother’s cake it is a soft and fragrant dessert, simple to prepare, which includes a creamy heart of soft and delicate custard. A tasty dessert, to be prepared in company or offered for a special snack. Originally from Tuscany, it is now known throughout Italy and is good at any time of the year.

How the grandmother’s cake was born

The Tuscan origins of Torta della Nonna are established, but where it was specifically made is not easy to define, because there is no certain information about it. Definitely i Florentines they claim paternity: according to them, it would have been the work of the chef Guido Samoriniwho decided to make this cake in his restaurant in San Lorenzo, to meet the request of some of his customers.

These complained about the few desserts on the restaurant menu, so the chef presented his new creation, the Torta della Nonna to the customers when they returned the following week. It was so popular that it was copied by pastry chefs from all over Tuscany and soon became one of the most loved desserts in the whole country.

Another version, probably more reliable, instead attributes the birth of the recipe to the city of Arezzo towards the end of the 1800s. Pellegrino Artusi would bear witness to this, who mentions it in his work “Science in the kitchen and the art of eating well”.

To prepare the grandmother’s cake we start from shortbread, whipping butter, sugar and flavorings until you get a light and frothy mixture. Then, one at a time, add the eggs and finally the flour and baking powder.

Once all the ingredients have blended into a thick paste, you need to make a loaf, wrap it in a cloth or film and let it cool in the fridge. While it cools, you can proceed with the preparation of the custard, which is softer and more delicate than the traditional one.

For the crema, in a saucepan you have to heat the milk and in another saucepan mix eggs and sugar using a whisk. When the mixture is well blended, add the vanilla while continuing to mix. Once the mixture is homogeneous, the hot milk must be added slowly; then, turn on the burner while continuing to mix until the liquid cream becomes more compact (corresponding to boiling).

The cream is done cool down, before putting it on the pastry; therefore, it is advisable to cover it with a contact film and place it in the fridge for a few minutes. At this point, you can butter and flour the pan or use parchment paper, place the pastry, prick it with a fork and spread the cream then another layer of pastry to seal it. Tradition has it that the Pine nutstherefore, before placing it in the oven at 180°, it should be cooled in the fridge for at least 15 minutes.

The cake should be cooked in the medium-low part of the oven for the first courses 15 minutes at 180° then at 160° for another 45 minutes. The cake is ready when the surface is lightly colored and the pine nuts are toasted but not toasted.

Grandma’s cake is tasted once cooled down, because the cream needs to settle together with the pastry. When it’s ready to be served, just dust it with icing sugar.

The secrets for an excellent grandmother’s cake

The shortbread of the grandmother’s cake, according to the traditional Tuscan recipe, it is more compact. Reason why it is soft and sticky during processing, therefore a little more difficult to work with. For this, it is advisable to put the greaseproof paperor alternatively you have to butter it well, to prevent the pastry from sticking.

Grandma’s cake is preserved in the fridgein an airtight container or covered with transparent film, for 2 days maximum.

The variants of the cake of the grandmother

The grandmother’s cake is in fact a tart revisited with a double layer of pastry. A similar cake is the lemon shortbread cake, which also includes a double layer of shortcrust pastry but a filling of cream, eggs and lemons.

If you can’t resist the pine nut cakesinstead, try the pine nut and apple cake, softer than grandmother’s cake but just as fragrant and tasty, perfect for a hot snack.

What if instead of the classic shortcrust pastry I used i cracker? The recipe for the lemon cake calls for crumbling the crackers to be softened with butter and has a lemon filling inside.