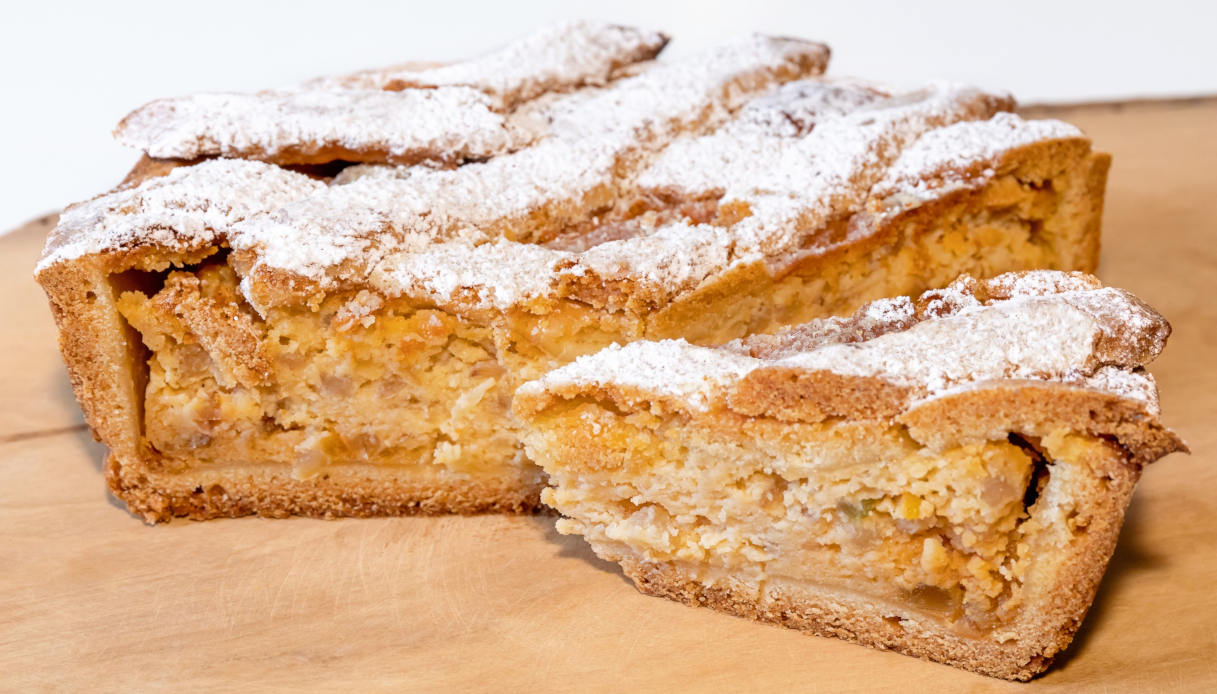 The Neapolitan pastry it is a traditional cake from Campania, delicate in taste but with a strong and unmistakable flavour. It has a shortcrust pastry base, which however shouldn’t be kneaded for a long time so as not to ruin the dough, so it’s quick to make. According to tradition, the pastiera should be prepared on Holy Thursday and eaten at Easter, to allow all the flavors to amalgamate.

How the Neapolitan pastiera was born

The Neapolitan pastiera is traditionally prepared during the Easter period and was made for the first time by cloistered nuns of the convent of San Gregorio Armeno in the 16th centurywho mixed the symbolic ingredients of the resurrection and orange blossoms in the convent garden.

It is said that even the silent queen Maria Teresa D’Austria“the Queen who never laughs”, consort of King Ferdinand II of Bourbon, had let slip a smile after a bite of the pastiera, so much so that the king exclaimed “We needed the pastiera to make my wife smile now I’ll have to wait for another Easter to see her smile again!”.

There is also one legend which takes on the contours of a myth, linked to the pastiera: it is said that the Partenope siren is the creator of this sweet when, during her stay in the Gulf of Naples in spring, she cheered the people with her songs. The locals, to thank her, sent seven young girls with gifts from the land, which correspond to the ingredients of the pastiera.

The mermaid would bring these gifts to the of the who, impressed by the gesture, mixed them creating the pastiera. Partenope was then charged by the gods to return to where she had received her gifts and make them homage to the Neapolitans.

Let’s start preparing the Neapolitan pastiera cooking the grain in 300 grams of latteto which we must also add the peel of a lemon and a spoonful of lard. The result must be a cream and when it reaches the right consistency, remove the lemon peel and leave it aside to cool.

At this point you need to arrange the farina a fountain on a work surface and add 250g of sugarlo larda grip of sale e 2 egg. Mix until the flour completely absorbs the ingredients and form a ball being careful not to crush the dough, which should be done rest for 24 hours.

Then, with a rolling pin, you need to roll out the dough and form a disc to adhere well to the pan cut, cutting the remaining dough to put it aside. The mold must be filled with the worked pasta, while with the leftover one it is necessary to create some rectangular strips about 1 cm wide.

For the fillingmixes the ricotta after having sifted it and the remaining 450 g of sugarlet it rest for a few hours and then add the cold grainthe egg banged, thecandied orange they aromas to mix together. The filling is placed on the layer of dough in the mould, finally placing the strips to form one grillso that they serve to contain the dough which tends to swell during cooking.

The secrets for an excellent Neapolitan pastiera

Today the pre-cooked grain it is certainly the most practical solution, but the original recipe calls for using the “normal” grains of wheat, soaked in warm water for several days. Furthermore, some recipes prefer blended wheat to grains.

The right ricotta for the pastiera is that of sheep, fatter and tastier. The only valid alternative is the buffalo ricottaalso very tasty and with a good percentage of fat.

The original recipe calls for it lardboth in the pastry and in the cream of wheat, but over time it has been replaced with the burro. The result is the same, just make a pastry with the right consistency so that it doesn’t break.

The variants of the Neapolitan pastiera

Then there is one simple version of the pastiera, simplified compared to the traditional recipe, the simple pastiera. Perfect for those who are beginners and want to try making this cake for the first time. If you have little time available and are looking for a recipe for quick Neapolitan pastierayou can also make the pastiera with the Thermomix.

If, on the other hand, you prefer savory flavors to sweet ones, you can try the version of the savory pastiera, a rustic Neapolitan good and stuffed with cheese and salami.