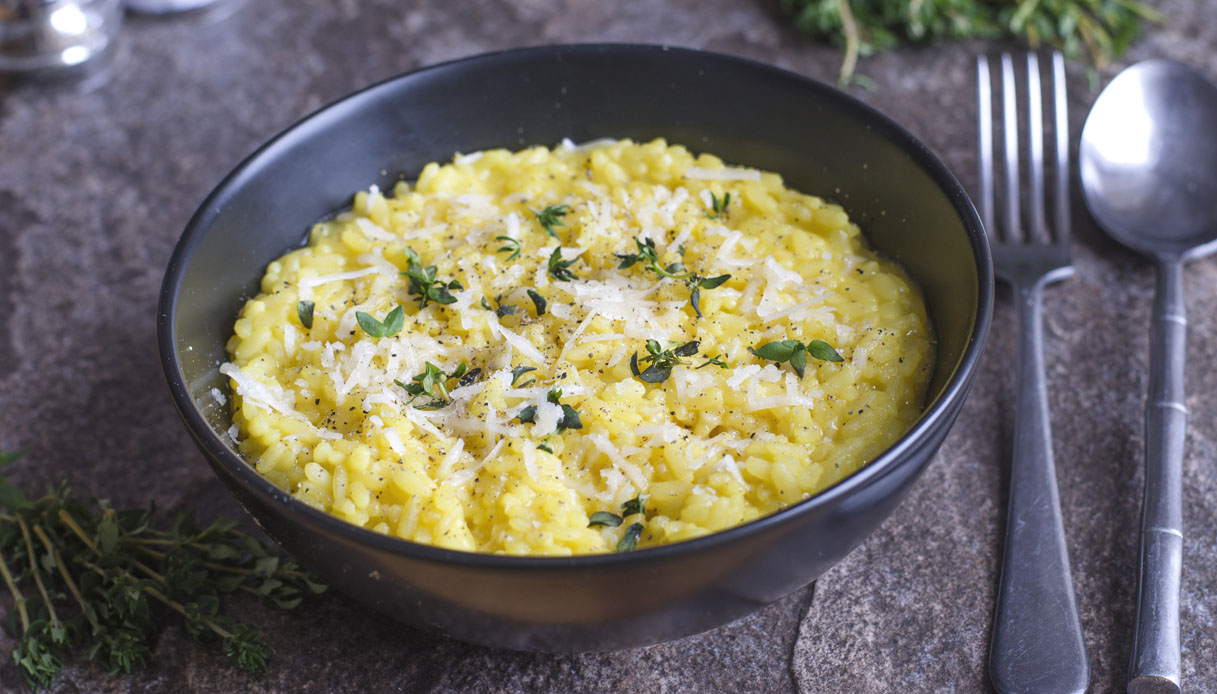 At the table it is the undisputed symbol of the Lombard capital, even if in its past there are those who have traced Sicilian influences: it is the saffron risottoa first course which is not only a typical speciality, but also represents a real one monument of the city of Milan. It is no coincidence that one of the written testimonies that have come down to us links its origin to another city monument, this time real and not metaphorical: the Cathedral.

The recipe we know today is the result of a long evolution which, over the centuries, has formalized the typical ingredients risotto alla Milanese, from marrow to butter, from saffron to cheese. But there are many modern reinterpretations of this dish, which make it a great classic capable of continuing to renew itself, as it has done throughout its history.

Il December 7th and the National Milanese risotto day: what better occasion to get to know this institution of Milanese cuisine better?

Risotto alla Milanese: the legend of saffron and the link with the Milan Cathedral

There is an anecdote, witnessed by a manuscript found in the Trivulziana Librarywhich links the birth of risotto alla Milanese, and in particular the introduction of its most representative ingredient, saffron, to another city icon, the Duomo. According to the document, in 1574 il Master Valerius of Flanders was working on the creation of stained glass windows of the Milanese Cathedral together with a support workernicknamed Saffron for his habit of adding a touch of saffron to colors to enhance their brilliance. The Master used to tease the assistant, telling him that with his saffron fixation he would have been able to slip this spice into dishes as well. The prophecy came true in September of the same year, when on the occasion of wedding of Mastro Valerio’s daughter Zafferano asked the cook to make one change to the menui.e. of add a pinch of saffron to the buttered rice. An idea that was greatly appreciated by the guests, both for the note of color and for the taste it gave to the dish. This is how risotto alla Milanese was born.

The origin of Milanese risotto, between Sicily and Kosher cuisine

And’other theory links the birth of risotto alla Milanese to Sicilyclaiming that it derives from saffron rice present in the culinary tradition of this land: in the Middle Ages this recipe would have been exported to the North by some Jewish merchantswho would have moved to Milan from Sicily bringing with them this tradition, which entered the Kosher cuisine.

According to another hypothesis, the saffron risotto was invented by one Sicilian cook who emigrated to Milanwho wanting to prepare the arancinibut not finding the ingredients he usually used for the filling, he experimented with one different version. Risotto alla Milanese would therefore be a distant relative of the famous Sicilian specialty.

The traditional recipe and its evolution over time

Beyond the many legends, when it was made official and how it evolved over time Milanese risotto recipe? The first appearance he was born in 1779 in a cookbook: it is about “It cMaceratese cook” by Antonio Nebbia, in which for the first time a rice dish fried in butter and cooked with broth.

Lo saffron appears later: in 1809 il “pan-fried yellow rice“, prepared with rice fried in butter, entrails, marrow and onion, soaked in hot broth and flavored with saffron, is mentioned in the anonymous work “It cmodern cook“.

It dates back to a few years later, the 1829the first evidence of the traditional recipethat is, the one that provides that the rice, cooked with butter, fat, marrow and broth, is flavored with cheese and nutmeg: the recipe book reports it “The New Economic Milanese Chef” by Felice Luraschi, who calls this dish “yellow Milanese risotto“.

And the vino? quotes it Pilgrim Artusi in his “Science in the kitchen and the art of eating well” (1891), where it fits well three variations of risotto alla Milanese: the first only with rice, butter, onion and saffronthe second with ox marrow and white winewhich is added to reduce the greasiness given by the fat and marrow, the third, again without marrow and with the addition of two fingers of marsala.

After many evolutions, in 2007 risotto alla Milanese has received the prestigious Municipal namewho has any made the recipe official – without wine and with roast fat and marrow – , also confirming the deep bond of this dish with the Milanese area and its community.

Over the years, risotto alla Milanese has been widely reinterpreted by both cooking enthusiasts and by chefwho proposed it in many variations.

Among many, the chef Andrew Berton revisited it with le fresh veal sweetbreads instead of the traditional ossobuco, David Oldani he prepared it with Carnaroli rice creamed with butter, vinegar, salt and Grana Padano, Walter Marchesi he made oneart opera – call Rice, gold and saffron – with an iconic presentation: a black plate on which the golden circle of the risotto stands out, embellished with a square gold leaf positioned in the centre.

There are those who serve risotto alla Milanese in purity, that is alonechi together with the ossobucowho prepares it in marine version with fish, seafood and shellfish, who with sausage. Pairings are also very popular with porcini e with zucchiniboth in a vegetarian key without marrow, therefore closer to a saffron risotto than to the classic Milanese risotto, and in the traditional version enriched with vegetables.

Naturally there is only one original, but if you love this specialty don’t miss the opportunity to taste its variations as well, to savor the many nuances of taste, aroma and color of this dish.