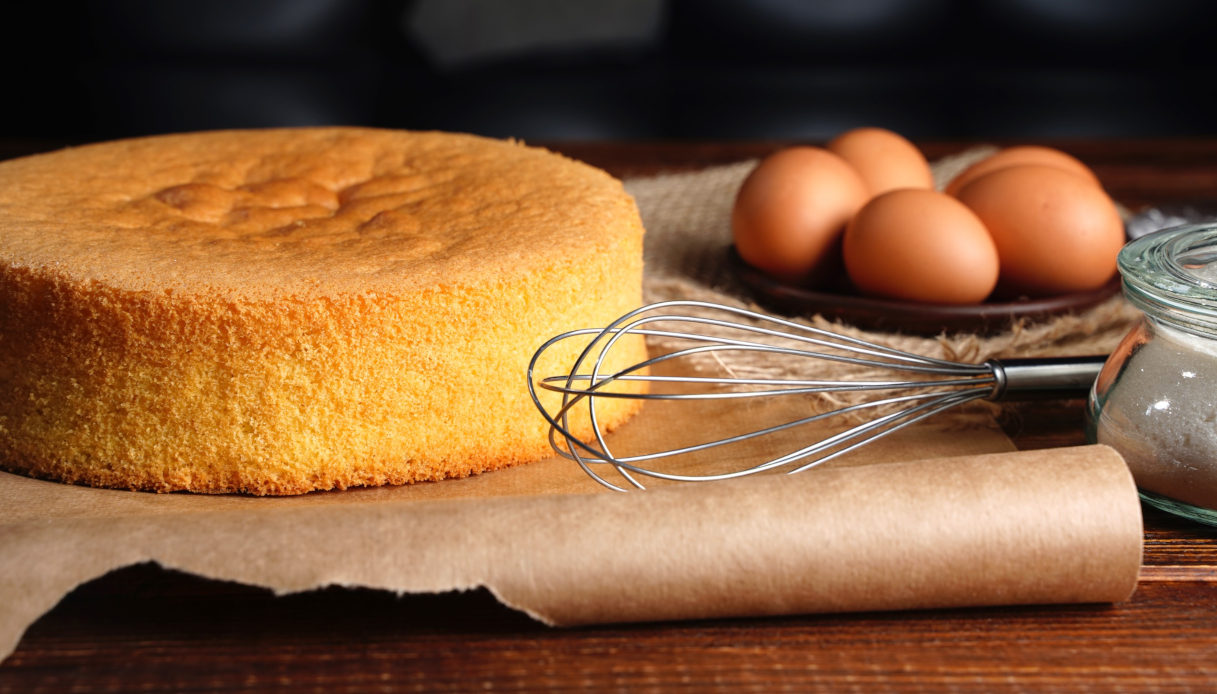 Il Sponge cake it is one of the basic sweets of the pastry shop, which is used to make cakes of all kinds. Also good on its own, without filling, it can be decorated in many different ways. Whipped cream, chocolate cream, custard or Chantilly cream: any type of filling is perfect for sponge cake. Even if the name refers to the Iberian peninsula, the first to make it was an Italian. Today it is one of the most accomplished confectionery preparations in the world.

How the sponge cake was born

The sponge cake was made for the first time in Madrid, but by a Ligurian chef, so much so that initially the Spaniards called it “Genoese bread”. It was Giovanni Battista Cabonafamous Genoese cook of XVIII century, to make it on the occasion of a banquet in the Spanish capital. It was an alternative to the usual gateaux at the time and was liked so much that the Spanish royals baptized it “pâte génoise”. Over time, however, the “pâte” has established itself in a more simplified version, giving life to the sponge cake.

In reality, in the ancient cookbooks already some time before in Portugal (in 1683) there were “biscoutos de la reyna” very similar to sponge cake, described by the Portuguese royal cook Domingos Rodriguez. There were substantially the same ingredients as the sponge cake in which the preparation took place cold.

But the link with Spain would have origins prior to Cabona, given that already al XVI century a bread spread throughout the Iberian Peninsula called “Castle cake“. This bread was much appreciated by Portuguese sailors for the energy content given by the eggs with which it was prepared and because it could be kept very easily. It was thanks to the maritime trade of Portugal that this specialty spread throughout the world, even reaching Japan.

The sponge cake recipe is very simple to make, even more so today that it is possible to use the mixer and you are no longer bound to work by hand. It starts from eggwhich are to be worked with the sugar for at least 15 minutes, until the mixture is clear and frothy. At that point, we must add flour and starch united together by pouring them in rain with a sieve.

Whoever uses the mixer at this point must turn it off, because the mixture goes mixed by hand with a wooden spoon from bottom to top so as not to disassemble it.

The dough is ready and should be placed in one buttered and floured mould. It doesn’t matter whether it’s round or square, the important thing is that it’s not too big for the amount of dough made. Once the mixture has been poured, it should be leveled well by tapping the sides of the mold and baked for approx. 50 minutes in the hot oven a 160°.

The sponge cake must then be done cool downit is better to leave it for a few minutes in the oven before putting it aside to prevent it from going down and it should be tasted (or stuffed) once it is cool.

The secrets for an excellent sponge cake

The best flours for sponge cake are those low in gluten then the 00, or those suitable for desserts. In the original recipe there is the starch because, like cornstarch, it lowers the strength of the flour making the final result softer. For a cocoa sponge cake, on the other hand, it is possible to replace part of the flour with cocoa powder.

The sponge cake must be thick and soft, so it is important, to prevent the dough from sagging, never open the oven door during the first 30 minutes of cooking. Once ready, it can be kept in the fridge for a maximum of 2 or 3 days.

The sponge cake is simple to make, especially with the hand mixer or the common food processors. However, it is also possible to prepare sponge cake with the Thermomix. Whether it is with this appliance, by hand or with a mixer, the gluten-free sponge cake recipe is also available, for coeliacs and those who are intolerant or allergic to gluten.

The famous pastry chef Luke Montersino he then created his personal recipe for Montersino sponge cake, to prepare it through a few simple steps, selecting the right ingredients and mixing them with skill.