Skip to content
Home
Italin cuisine
The French baguette is a Unesco heritage: why it is so special 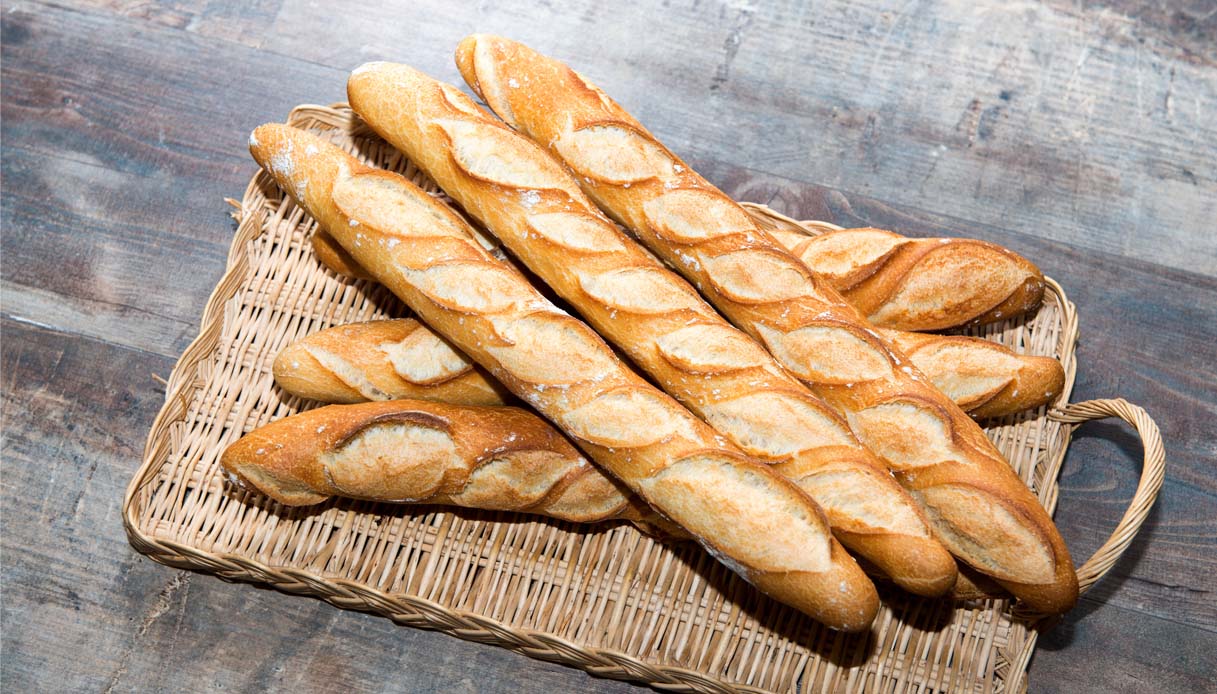 2022 is a historic year for France: one of the symbolic products of its gastronomic culture, the baguettewas entered byUnesco in the list of intangible heritage of humanity. With its crunchy crust and very soft crumb, this famous tapered bread therefore enters the Olympus of world excellences, witnesses of centuries-old traditions, of ancient knowledge and of the culture of a people, the French.
Let’s explore what the value of this recognition and get to know this specialty more closely, which in France it is the most widespread and consumed breadcon over 12 million people who choose to bring it to the table every day.

Baguette: why Unesco has recognized it as a World Heritage Site

It was the 2021 when France launched the candidacy of the baguette as intangible heritage of Unesco betting on the value of its typical bread, preferred to other equally representative elements of its identity, such as the zinc roofs of Paris.
A choice also supported by French President Macronwho had defined the baguette “250 grams of magic and perfection“. And it’s not surprising, if you think that every year in France the Baguette Grand Prix of French Tradition of the City of Parisil baguette championship launched in 1997 by then President Jacques Chirac to celebrate the art of French bread-making. The prize for the winner? There annual supply of baguettes to the Elysée, the official residence of the President of the Republic.

A year later, France’s request was accepted. UNESCO explained that the recognition is due to the “craftsmanship” and to “transalpine product culture that above all honors traditions“, aspects that make it an “intangible cultural heritage”, an intangible heritage to be valued and safeguarded. The skills and technical knowledge of the bakers are the secret of “specific sensory experience“, as defined by UNESCO, which the baguette can give and which has been awarded this recognition.

But it’s not just a question of goodness and craftsmanship: in fact, according to UNESCO, this typical bread is also capable of generate extremely peculiar modes of consumption and social practices, which distinguish it from other breads. They are an example of this daily visits to bakeries to buy the baguettes and the displays that match their elongated shape. In short, it is not “just” a loaf of bread, it is a product which is the fruit of precious artisan skills and capable of shaping an entire culture.

An extraordinary achievement, which for the president of National Confederation of French Bakery-Pastry (the National Confederation of French Bakery-Pastry), Dominique Anract, represents an acknowledgment for “the whole community of artisan bakers and pastry chefs”. To celebrate it, the French government has declared its intention to establish a day dedicated to the artisan baguettecalled “Open oven day“, to further strengthen the link between the French and their heritage.

The identikit of the real French baguette

But what makes the baguette so special? Definitely the typical thin and elongated shape – literally “baguette” means “wand” – which touches i 65cm long and which makes it stand out among other breads, not just French. But above all the goodness of her, which is due to the respect of a strict official disciplinary which regulates both the ingredients and the production method.
It was established by a decree of the French Government of 1993which sanctions the characteristics of the “traditional French baguette”also called “baguette tradition” (traditional).

Unlike other French breads, the baguette if you prepare with only 4 ingredients (flour, water, salt and yeast)which are transformed into bread through a precise procedure: as Unesco also recalls in its explanatory statement, “the traditional production process involves the weighing and mixing of the ingredients, the kneading, the fermentation, the division, the stretching, the manual shaping, the second fermentation, the marking of the ‘dough with shallow cuts (the baker’s signature) and baking’.

In addition to the 4 basic ingredients, the specification admits only three adjuvants (seed flour for a maximum percentage of 2%, soy flour for a maximum of 0.5% or malted wheat flour allowed for a maximum of 0.3%). It absolutely is it is forbidden to freeze the dough in the various stages of processing. The baguettes also come cooked exclusively during the day and in small batchesa peculiarity that allows you to always ensure its fragrance.

How the baguette was born

But when was this specialty invented? There are two different theories on the origin of the baguette. The first dates it back to Napoleon’s bakers, who would have created a loaf of this shape because it was easier for soldiers to carry. The second, however, attributes the invention to a Austrian baker, August Zang. The baguette, therefore, would not be French by birth but by adoption: it would have been imported into Paris when Zang opened his own bakery in the city. Regardless of its exact birthplace, the baguette was born as evolution of Viennese bread which spread in the mid-nineteenth centurywhen theuse of the steam oven to bake bread: this cooking method favored the formation of the crust golden and crunchy exterior and oblique furrows which are still today a distinctive element of the baguette. Originally, Viennois bread was the exclusive prerogative of the noble classes, but it soon became the bread of workers and the people.

L’golden age of the baguette coincides with the twenties of the twentieth centurywhen the French Government issued a law that forbade bakers to work before 4 in the morning: the baguette, thin and elongated, was faster to produce compared to other types of bread, so it became theonly one that could be baked in time for breakfast. Its shape, which was initially oval, lengthened more and more to reduce cooking times, so much so that to keep it during the resting phase it was traditional to place the baguettes in wicker baskets. This explains the origin of its success, which has arrived unchanged to this day.