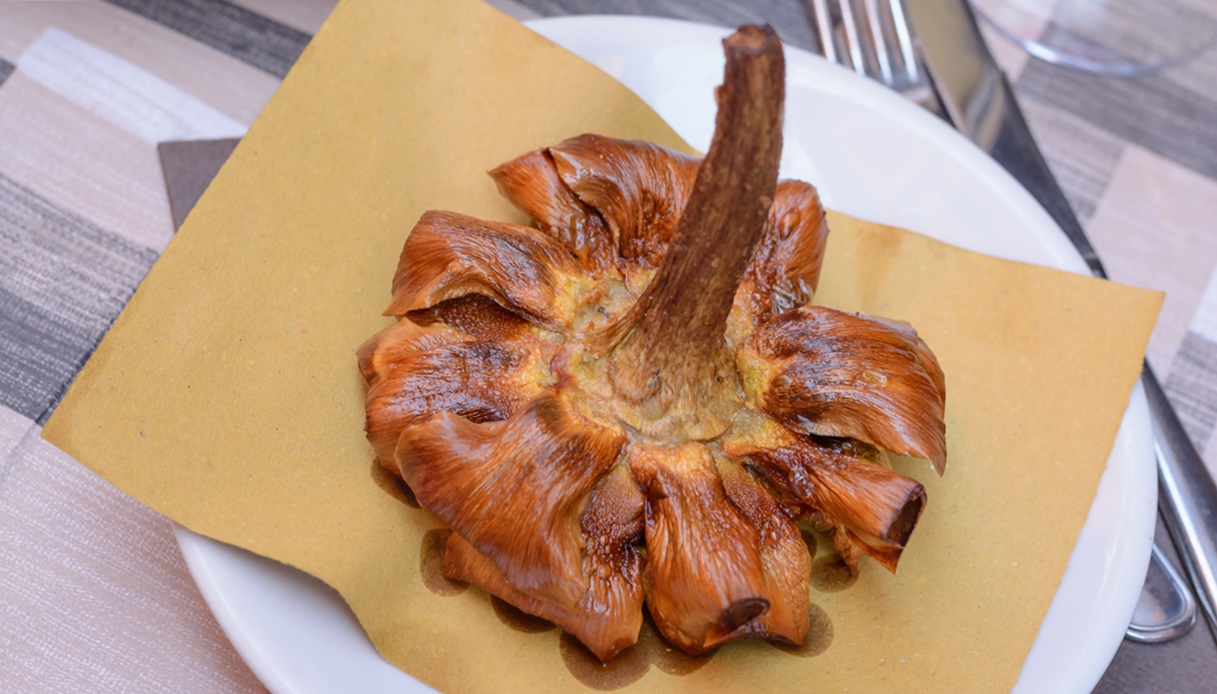 Not to be confused with i artichokes alla Romanai artichokes alla giudia they are one of the symbolic dishes of the Capitoline city. Fried twice in hot oil and open as if they were freshly bloomed flowersartichokes alla giudia are famous for their unsurpassed crunchiness. If you are wondering where to eat the best artichokes alla giudia in Romeknow that they are the taverns to have the best ones. So stay away from prestigious and tourist restaurants and go into the narrow streets to find the traditional trattoriasthis is where you will eat i fried artichokes best of your life. There are several variety of artichokesbut the best for this recipe are the classics Roman artichokesalso called violets. Clean the artichokes well and before moving on to frying remember to put them in acidulated cold water to prevent them from blackening, it is that’s what the lemon in the artichokes is for. In the ghetto district of Rome, it will not be difficult to find restaurateurs sitting outside their premises busy cleaning dozens (if not hundreds) of artichokes. But why are they called artichokes alla giudia?? What is the story of this ancient recipe that has been able to resist over time? Find out below.

The history of artichokes alla giudia

The Judeo-Roman cuisine it is well known and appreciated in the capital and there are restaurants that offer it in the traditional way but also with a touch of innovation. There history of artichokes alla giudia it is very interesting, even if time has erased some nuances and the testimonials of this recipe are rather faded. The Roman ghetto, in which people of the Jewish religion were forced, was born around 1555 because the restrictions applied could no longer coincide with life together with people belonging to different religions. Many Jews came to the ghetto from various locations such as Sicily or even Spain. Gastronomic cultures mixed and always with respect for the cuisine kosher e thanks to the fusion of several traditions, artichokes alla giudia were bornwhich were so called by the Romans not residing in the ghetto.

Another version claims that the Jews of the ghetto had oil available, a very expensive food in antiquity, and therefore they could afford to fry the artichokes twice. Impossible to say which version is correct, but it can certainly be said that many Romans went to the ghetto to eat this delicacy.

Everyone knows that double frying makes them very crunchy and thus allows you to eat the whole leaves comfortably. But what are the tricks to make perfect artichokes alla giudia?