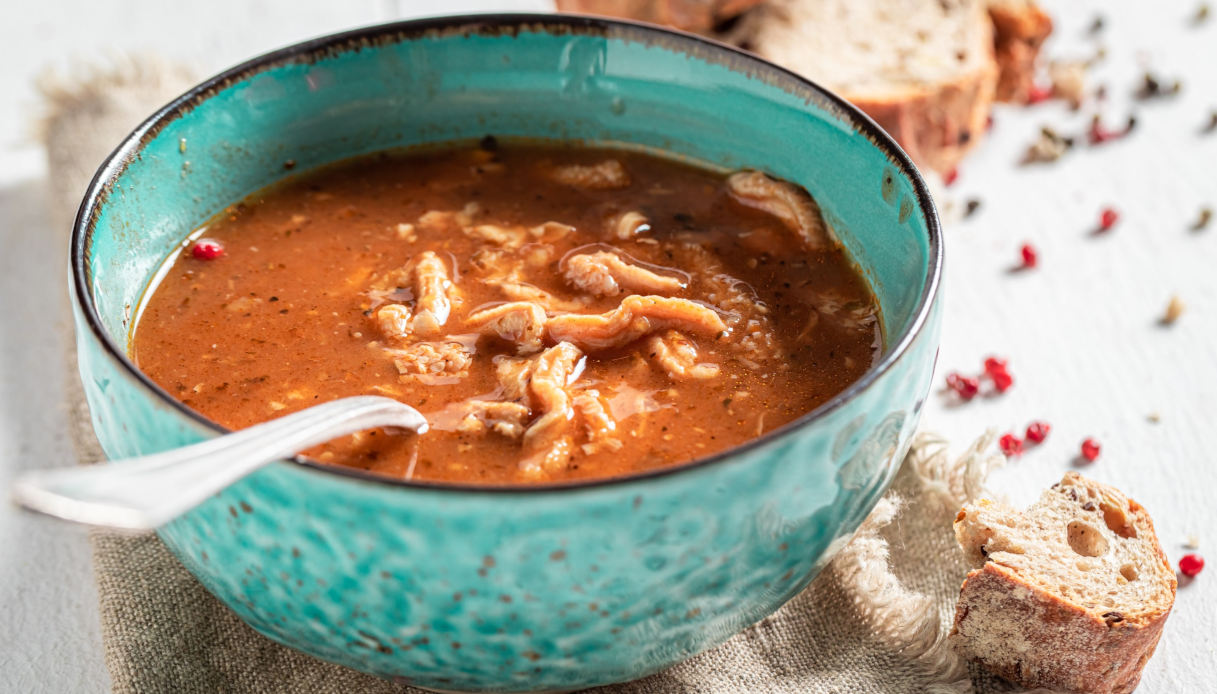 The Tripe identifies a meat dish that derives from one or more parts of the bovine stomach. The best known is tripe alla romana, typical of the city of Rome, but there are many variations throughout Italy, from the Florentine to the Milanese. The one more generically known as “tripe” is the recipe that calls for tomato.

How tripe was born

The origins of tripe date back to the times of ancient Greeks and Romans: the former cooked it on the grill, while the latter used it to prepare sausages. Tripe has been part of Italian gastronomic culture for centuries and each region has handed down its own traditional recipe.

For some it is used in the soup, such as the Lombard Busecca, the Paduan Sopa de Tripe or the Neapolitan tripe. For others it is a second dish, as in the case of tripe from Bologna and Lucca with cheese and cinnamon. In Tuscany, on the other hand, it is also used as a sandwich filling, in the Florentine street-food based on Lampredotto.

In Tuscany in the fifteenth century it was a single dish based on offal and herbs, but it is a Roma that the saying “there is no tripe for cats” was born: Ernesto Nathan, mayor of Rome from 1907 to 1913, decided to cancel the monthly purchase of tripe from the municipal budget, because it had become too expensive. The food was purchased for the cats, essential for hunting mice in the Capitol and hence the saying!

Tripe is traditionally prepared with pomodoro. First, you have to peel the onion and cut it into slices. Then tick the carrot and scrape it carefully and remove the filaments from the coast of celery. Once all the vegetables have been washed, they must be dried and chopped.

At this point you have to slice the Tripe cut into strips, brown the vegetables in a pan with oil and cook over low heat for about ten minutes, after pouring a ladle of water into the pan.

Then add the tripe to the sautéed mixture and brown over high heat for 5 minutes. Everything goes wet with vinoto let it evaporate, then add salt and pepper.

As a last step we need to add the tomato puree, dilute with hot water, put the lid on and lower the heat to a minimum. After cooking for an hour, the tripe is ready!

The secrets for an excellent tripe

If you use natural tripe, it is important to clean it well. The best tripe is the one that has a color between gray and green, a sign that it has not been treated except to be cleaned. At home it must first be incised with a knife, emptied of all fat, eliminating any residue and rubbed with coarse salt to facilitate the removal of impurities.

After that, for optimal cleaning and to eliminate the strong smell of tripe, it can be soaked with one or two glasses of vinegar and as much water as needed to completely cover the tripe for at least two hours.

Il messenger tripe with tomato sauce can also be used as a condiment for pasta (possibly short) to be sautéed al dente in a pan with a few strips of tripe for a tasty and delicious first course!

In Italy there are many tripe variants and each region adds or modifies the classic tomato tripe recipe. For example, in Milanese tripe the meat is combined with a mixture of butter, onion, garlic and lard and served in broth.

Another variant is the well-known Florentine tripe, which involves cooking with butter, wine and tomatoes and finally the broth. It is usually combined with a side dish of mixed vegetables, accompanied by cold cuts and various cheeses or polenta.

For a spicy tripetripe alla parmigiana is the perfect variant: at the end it requires the addition of a pinch of chilli pepper, a few rosemary and sage leaves, 1 bay leaf.

Another variant of tasty tripe it is tripe all’olivetana, which includes the addition of aubergines, lard and sugar. Want a stronger flavour? There is also bacon in tripe alla trevisana!