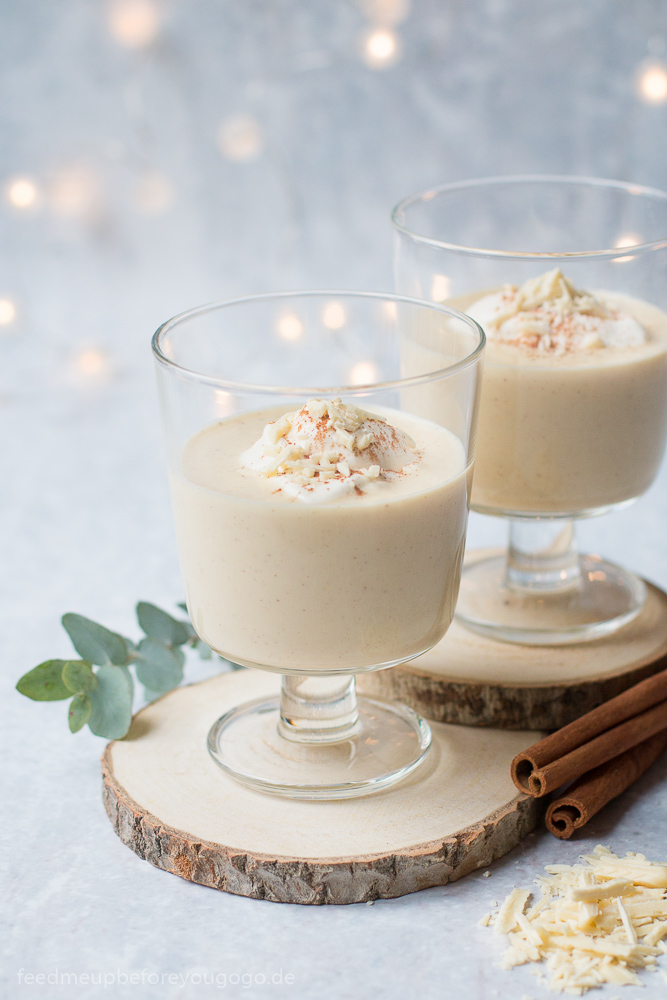 Warm, creamy and with a hint of chocolate, the White Chocolate Eggnog is the perfect holiday drink. The winter drink is quick to prepare and comes with a pinch of cinnamon and nutmeg as well as a good dash of spiced rum and cognac.

As we told you just recently, we are not the biggest mulled wine fans. But that doesn’t mean we’re completely averse to hot alcoholic beverages at Christmas time. Bratapfelpunsch, yes please! It can also be creamy and sweet – always bring it on Advocaat and the Amaretto cinnamon nog! So why not use the tried-and-tested formula during the Advent season and simply combine creamy, sweet and warm? Because such a cold winter evening literally calls for a glass White Chocolate Eggnog – a warming, creamy drink with spiced rum, cinnamon and white chocolate.

For the classic eggnog, the American holiday drink par excellence, egg yolk, sugar, milk or cream and usually rum or brandy are mixed together. You can even find it in Tetrapaks in many supermarkets around Christmas time. But there’s nothing like homemade Eggnog, especially since the winter drink really isn’t complicated and can be prepared quickly. In addition to a pinch of cinnamon and nutmeg, we added some white chocolate to our Eggnog, which gives the warm drink even more creaminess. In addition, our variant is not quite as alcoholic, but if you like it stronger, you can of course increase the amount of spiced rum slightly.

In any case, we’ll be there for Christmas spice stars in one hand and a glass of warm White Chocolate Eggnog in the other and hope you can make yourself similarly cozy over the holidays. Make yourself beautiful! 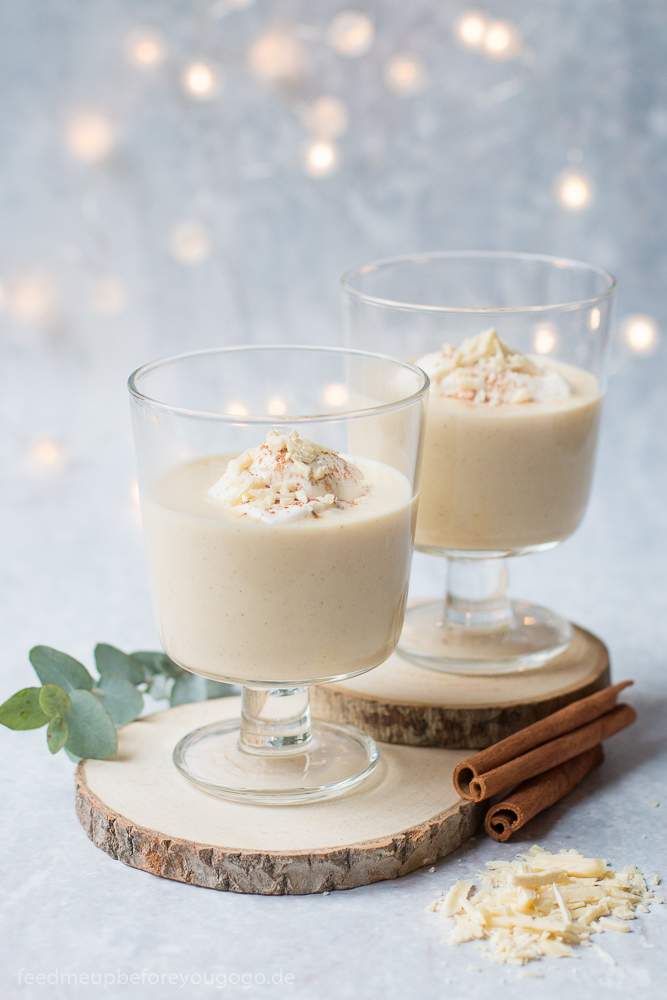 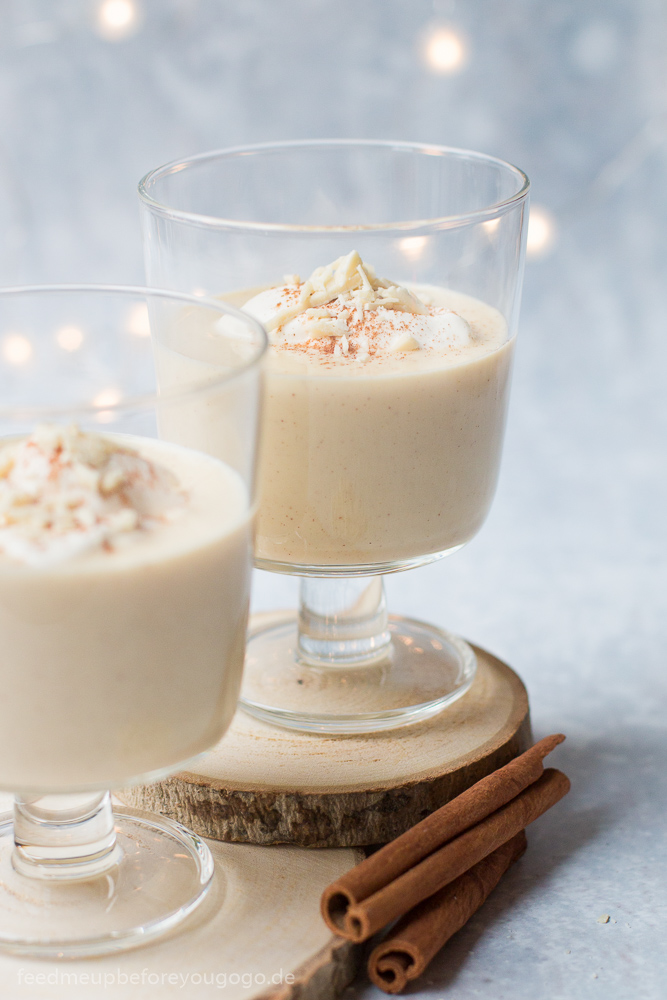 With the White Chocolate Eggnog we open that today 19th door of the X-Mas-Boom advent calendar, where a different blogger prepared an Advent treat every day. Yesterday Nadine von Möhreneck with their vegan ginger firs the 18th door opened, tomorrow you should come by Gabi from USA culinary stop by, because she fills the advent calendar with something hearty for a change.

Take a look behind each of the 24 doors:

19. Dezember | Feed me up before you go-go: White Chocolate Eggnog

December 22 | Experiments from my kitchen 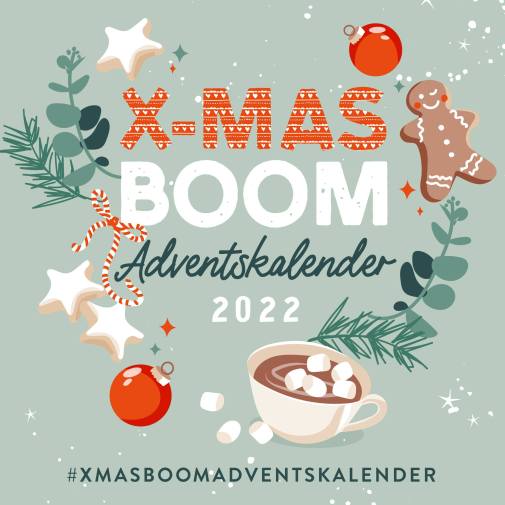